A rather late start to the day ( a jolly birthday party at my brother's yesterday !) speaking at the conference of ERSA- the employment related services association on the Work Programme.

I was in a gloomy mood. It reflects the views we are getting from ACEVO members in this area. We recently reviewed how its going. The survey showed;

- only 8% of respondents thought that the Work Programme would meet its minimum performance levels;
- only 9% thought that the differentiated payment system was sufficient to help the hardest to reach.
- furthermore, third sector still bearing significant risk

Experience shows a huge variance in referrals of job seekers.

For the Work Programme to work it must reach very hard to help groups like the homeless. So it is particularly important for the very specialist providers who are having a very hard time and receiving (seemingly across the board) negligible numbers of clients.

I said that Government needs to;
* make the whole system more transparent (DWP are not allowing performance data to be published until about this time next year) to enable the spread of best practice, better continuity planning and more effective competition

* Ensure that DWP monitor how the work programme is/isn't working for the hardest to help (e.g. refugees, homeless etc)

* Ensure that Merlin and the arbitration board are in place asap and DWP must have a communications drive around what these mean and (more importantly) what they don't mean ie if you have signed up to a crap contract, it won't protect you from your crap contract

Against a background of the coming recession and massive unemployment times do not look good. And this is all the more reason to be worried about how welfare benefit reforms are rolling out.
And such a shame that politicians can't admit to mistakes. If we still had the Future Jobs Fund there would have been a strong vehicle for creating jobs for the young unemployed. Indeed not only does the Government not admit to a mistake it continues to make tendentious claims about the scheme. Only on Friday did I hear Clegg claiming that the FJF had not created permanent jobs. Yet last week Allison Ogden- Newton pointed out that of the scheme Social Enterprise London had taken 500 young people. 74% of them had gone into long term jobs. And David Orr, the CEO of the Housing Federation said that many of the housing associations that had taken part in the scheme had also created long term jobs for youth.

What a shame that the Government cancelled the independent evaluation of the scheme that had started and then they would have had that real evidence. In the meantime perhaps the slurs on the many third sector bodies that took part in FJF could cease.

A rather arsy questioner after our session had ended got the rough end of my tongue! He was suggesting we shouldn't be promoting one sector over another! As I said that's the whole point of my job and in any case it is only the third sector that can actually reach the hardest to help communities. So if the third sector thinks the Work Programme isn't working properly then it probably isn't.

Fortunately ACEVO has the great Lord Freud speaking at one of our exclusive learning with leaders lunches on Thursday. We shall have a frank interchange. We can't afford to get this wrong. We all want the Work programme to be successful and we are here to make that happen. The architecture of the scheme is good, but operationally there are clear problems.

And after a week where I was out every evening it was a joy to spend a night at home. The Archers and Corrie; goodness I must be getting old! 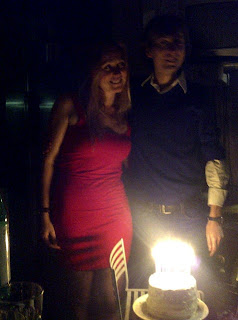