Later today I and my Forum Chair colleagues will be presenting our Future Forum Reports to the PM , Nick Clegg MP and Andrew Lansley MP . After that we meet the press.

Overall , the reports of the Forum really provide an opportunity to drive change in the NHS and to improve the Bill.

Although I've said before that the listening exercise was a rough and ready process , it has enabled us to make some radical proposals that are not just about changing the Bill but also more widely on changes needed for the future of the NHS; a service owned by us all as citizens.

My own report, which has been signed off by all the members of my 12 person panel , " Delivering real choice" will propose we use competition as a means to achieve greater choice in our NHS , not as an end in itself. And we look at ways in which managed and regulated competition can drive more choice. There are also some radical ideas to drive citizen power in their health service.

I'm afraid you will have to wait for more details. I am being unusually reticent ahead of the press conference at 2.30 and have even been refusing to talk to journalists. Not my normal modus operandi.

I was amused to read an attack on me in the Observer, where I was compared by some Lib Dem MP to Simon Cowell. If that was intended as an insult I'm afraid I'm very happy to be compared to TV's most successful presenter; someone who has more people viewing his shows than any other. And the article quoted from my Blog; always a good thing. The more it's read the better!

It shows how difficult this issue of choice and competition is and how politically contentious. But when people read the report they will find a balanced and sensible approach which reflects a consensus amongst the many professionals and experts on the Forum. A shame that some MPs felt unable to wait to read the report before attacking it. Hardly a mature approach to this debate.

I spent the weekend relaxing and preparing for today. As it was Pentecost ( always used to be called Whit Sunday in my youth ! ) I went across to the gorgeous little norman church tucked into a quiet fold of the Evenlode valley at Shorthampton for Mass. The graveyard was particularly peaceful and restful. And as I sat in the old box pews I was hoping that the spirit of Pentecost would rest with me as I go into battle for our ideas. The Book of Common Prayer collect for the day asks that we have a " right judgement in all things". How fitting. 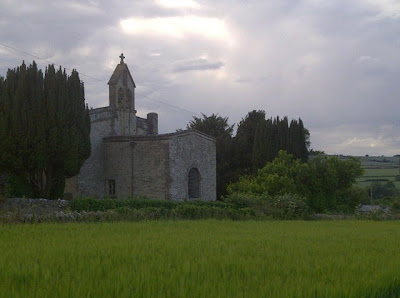 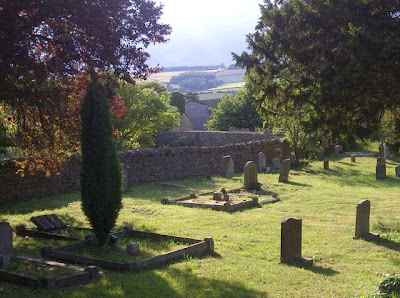 On Saturday I was in the bookshop at Witney meeting Rebecca Tope. She has been writing crime novels for 11 years and they are all set in the Cotswolds. The first " A Cotswold Killing" is set in the lovely village of Duntisbourne Abbots. The rector of the church there in the 19th century was one George Bubb! He had a rather fine georgian rectory and was responsible for a restoration in the church.
I asked Rebecca if Charlbury had featured in a novel. She said " not yet" ! 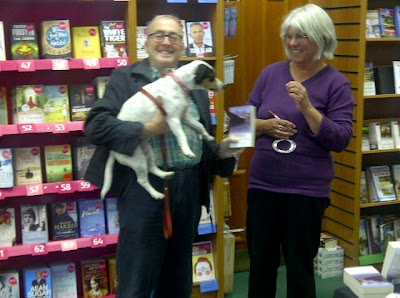 So , into battle for " right judgement ". Let's trust the debate can be based on what is a good future for our NHS rather than narrow party political advantage. The NHS is too important for that.