I'm not sure the full impact of all the Future Forum reports are yet fully understood. This is partly the result of a rushed press conference where journalists only had a couple of hours to read 5 report and so coverage was impressionistic. And sometimes wrong. The coverage has mainly been " it's no to privatisation ".

Actually no one ever suggested this. It's a crazy idea. No one supports that. And it was not in the Bill. So it was always a bogey man to frighten the horses. What is needed is a proper debate about the role competition can play.

Competition can be a good thing. The key question is how we harness it properly – that is what our report set out to answer. It said “here’s how competition can work for the citizen” – not “no to privatisation”. So the Times editorial today was spot on.

And a few personal reflections.

I arrived at DH to take up this task full of suspicion that the civil servants would try to corral and control me. That I would not be able to speak out. I have found that the people seconded to support the Future Forum were a model of how good the British civil service can be. Superb craftsmen. Sound judgement and strong ability to work around problems and difficulties.

There is a high calibre of skill and talent in the Department of Health. If I had a criticism it is that they can be a bit cut off from the rest of Whitehall, or prone to pay unwarranted attention to the big vested interests and the big acute hospitals ( frankly some of these folk need a boot in backside , not indulging ) and too much in love with a peculiar health service language.

Language is important. The health service has a whole way of talking that is excluding of the non professional. They don't understand the difference between " patient" and citizen. They love patients. These are people that can be patronised and researched. Citizens have rights and want to exercise them.

That is why I was keen in my report to stress the legal right to challenge for citizens so that the professionals are kept to their job in delivering quality services.

And I should also mention my colleague Forum Chairs. It has been a privilege to get to know them over the last 2 months. We have all worked extraordinarily hard. I felt particularly for Geoff Alltimes who is CEO of Hammersmith and Fulham. He wasn't able to drop the day job and do this full time like me. So the strain on him was much greater. The great Doctor Field was a marvel. Almost unflappable. Just the sort of person you want in charge of an excercise like this.

So amusing to read a certain journo Quentin Letts ( can't be his real name ) making snide remarks about us ( mind you it is the Mail so a battle honour really ! ) ;

"Who were these richly-attired, fashionably-bespectacled wallahs? Most were members of the Future Forum, a committee which was convened to smooth the smooth the way to the new policy. Among the chief preeners was Sir Stephen Bubb, who seemed to be treating the event as a networking opportunity. "

Shock horror! Bubb a networker ! Of course we should all have been in a corner praying I guess.

Now I'm at Cumberland Lodge in Windsor Great Park at conference on The third sector with the Third Sector Research Centre people. A peaceful place. 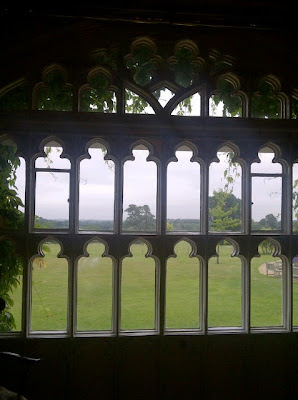 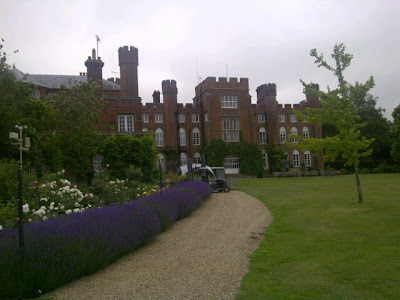 I was hoping to spend a few days relaxing and thinking about back to ACEVO but I'm at the Health select Committee in the Commons tomorrow!