The first I heard of the disaster in Japan was a text from mother - wondering if the tsunami was heading our way! Fortunately not! But the news is bad. 2 years ago I was in Japan for the launch of JACEVO, the Japanese third sector leaders body, which they modelled on ACEVO and is now going strong with support from Government for Leadership development of the sector.

Sendai, the centre of the earthquake, was one of the cities in which we launched JACEVO. A charming place with marvellous castle and shrines in the hills above the city. Appalling to think of the loss of life and damage. I have sent a message of comradeship and support to our colleagues in JACEVO.

Prof Ushiro, who chairs JACEVO tells me that their vice Chair , Bat Kato San, who comes from Sendai, is well. Their third sector and civil society generally will be sorely tested over the coming months so we must wish them well.

Looking back at my Blog from Sendai I wrote at the time (September, 2009).


The scaly dead fish staring at me first thing in the morning is not the way I wanted to start Saturday! My second Japanese breakfast and I'm dreaming of cornflakes! But the ryokan in the seaside resort of Atami did have a hot spring so it was most relaxing. Though not the time when I managed to wander into the women's section of the springs.....much giggling all round as I bade a hasty retreat. And I even dipped my toes in the Pacific!


One of the younger activists , who is also an artist drew out my name in japanese kanji characters and the translation means " breakthrough knight". Well , well, not inappropriate I thought !

Sunday was a relaxing day, being taken around the City by one of the non profit sector trustees. We have a final breakfast ( and goodness it was with cornflakes) with the President and CEO of JACEVO. We have been discussing drawing up a joint membership agreement and they are planning on translating some of our publications, particularly on public sector reform and the case for more third sector delivery. It is clear the new Government are very interested in such reforms and also giving the sector a more formal role working with government. So we are clear that our links will grow and strengthen. So now its back to Tokyo and onward to Korea. 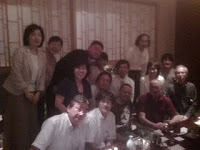 I'm back from Tasmania and leave you with a couple of final images. 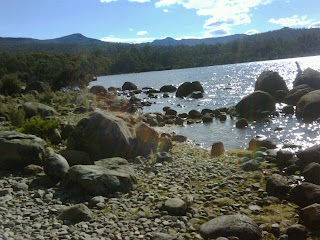 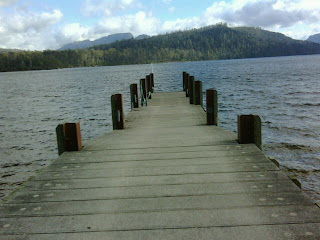