Beware the barbarian Burghers stalking our Town Halls and using the cuts to decimate our glorious library services. Why, even that wonderful institution, the Charlbury Library and our splendid librarian ( who always makes sparkles so welcome ! )is under threat by the philistines in the County Council.

Libraries are a national treasure. Indeed they are a wonderful English institution we have exported to many parts of the English speaking world. I popped into the Library at Footscray yesterday to take out a few books and check up on travel to Tasmania. It was full of the old and young, sedentary and manic,student and pupil; much as in any English town.

Now these marvellous institutions are being dumped. And some councils cynically pretend this is all " big society" ( as in " you run it and pay for it cos we can't be arsed" ). They think that community organisations should take this on. It a form of dumping not bigging society.

Of course this is not to say that libraries could not do with a dose of change! Maybe , in some cases , we might see a better service emerge, if we can stop councils slash and burn ? What councils should be doing is talking to charity and community organisations about how we could run a service together. This is exactly what Eric Pickles has been telling councils to do. A message he repeats at the ACEVO- Action Plannig Conference in Central Hall today ( the estimable De Kyle is opening to some 1400 delegates! )

Counilc and the sector should think about how to expand the use of this asset and think of enterprising ways to make the service pay. Perhaps deals with Starbucks? More sofas? Organic cafes. Job centre advice units. Health checks. A third sector desk in every Library where you can go to check up on volunteering initiatives. With thought councils could start to rationalise the use of all our civic offices and assets and get more joined up.

And why not a mix of professional staff and volunteers to ensure 7 day a week opening. And evenings too. Now wouldn't that be a novelty.

And whilst on the subject of libraries , who runs one of the country's largest?

Why , a charity! RNIB have been celebrating 75 years of " Talking Books". They were developed in 1920 to help soldiers returning from war blinded and not able to learn braille.

By 1926 they were developing LPs to be played on gramophones and this was largely responsible for the growth of LPs for music as well! Another brilliant example of Big Charity innovation!

In 1998 the search for digital innovation began and they developed the " daisy player". By 2002 books were recorded digitally.

Since the service started 75m books have been issued to more than 2 m people.

A new book costs £2500 to produce. The service costs £4m pa . Many Councils s pay subscriptions for people. This is now being cut or under threat in large numbers of councils. An example of what council staff see as something they don't need to do and charity can get the money elsewhere or get more volunteers. But it won't happen.

A great example of an innovative charity but now under threat. Like the library service more generally.

Well, its Shrove Tuesday and down under in Melbourne we will be celebrating in traditional style. Pancakes made not bought. Lashings of sugar and lemon. For tomorrow we fast! 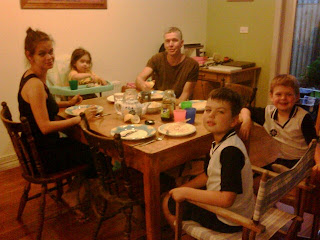