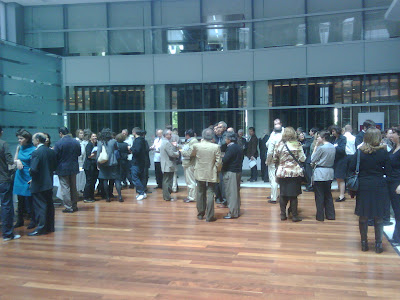 Euclid is running a conference on "Leading Innovatively" in Madrid at the prestigious Garrigues Foundation. A range of speakers, but perhaps one of the most interesting was Carlos Fernadez, CEO of Denokinn in the Basque country. He is establishing a Social Innovation Park, which he describes as a Social Silicon Valley. An exciting project - I think at the forefront of third sector activity in Europe!

This will be a space for think tanks, NGOs, commercial bodies, institutions and others to have space for development, but also through their proximity to work together and bounce ideas and tackle problems through partnership and cooperation. Organisations with innovative ideas and projects will be able to approach Carlos and get him to support through potential links, partnerships and investment. The Basque Government have put 6m euros into this and Carlos is busy maximising this through commercial support.

With the Basque Government 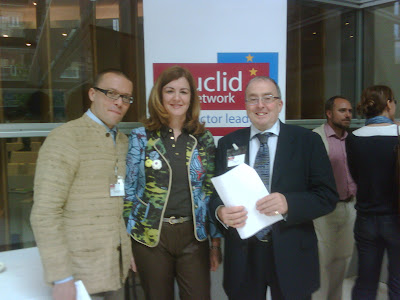 They will develop global links too so as to utilise learning elsewhere. They have linked up with the White House Centre for Social Innovation, for example, and Euclid is one of their active partners.

It is clearly absurd in the 21st century to think we can only derive our ideas from within our own national borders. Increasingly innovative ideas will come from TSOs working in other countries. We need to develop the international networks that will enable us to exchange those ideas and develop networks. As one delegate put it, "Leaders need to be curious about the world. There is no place for isolationism". 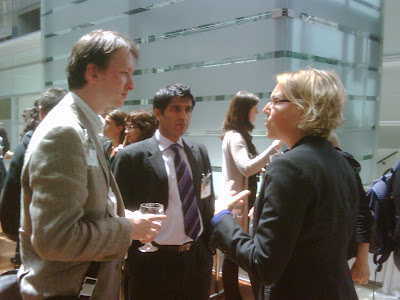 That is why Euclid is so important. Its based on the "leader to leader" concept, i.e. individual Chief Executives getting together to provide support and advice to each other.

I was speaking as the Euclid Secretary General about developments in the UK! There was much interest in out current election situation. As I said, "the people have spoken, but what the hell did they say?". 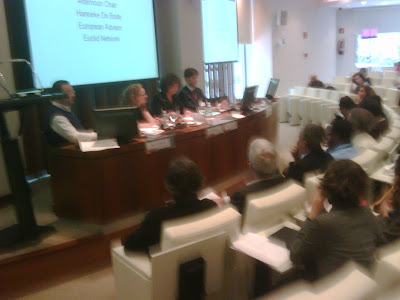 There was a lot of debate on the failures of the European Commission grant funding system. Euclid has been working with the EU on ideas for reform. In particular there was a lot of support for a growing European social investment market and even a European Social Investment Bank.

It was interesting to hear about the third sector in Spain. Growing. Thriving. But with financial problems. For example the mutual savings banks play a major role in funding the sector from their profits- has been historically between 10-20%. With the crisis this funding has dropped dramatically. And Spain has a poor record of individual giving- at 11% whist the UK is nearly 60% and the States at a staggering 90%. One reason why I really like Tory ideas about encouraging giving and establishing a cultural norm that we all give at least 1% of our income to charity.

But there is a lot of agreement on the need for our sector to move to a loan culture as well as grants.

But best of all we were able to launch the Social Innovation Competition. This is an initiative between Euclid, the EU Commission and the social innovator exchange (developed by the great Geoff Mulgan). The competition will pick ten great innovations and support their development.

It will be European wide. I will blog more details on how to apply...