That was the way Paul Burstow MP described the news about the DCLG grant condition to prevent the third sector's advocacy role, when he spoke at our health and social care conference today. The Times carried this story front page today. 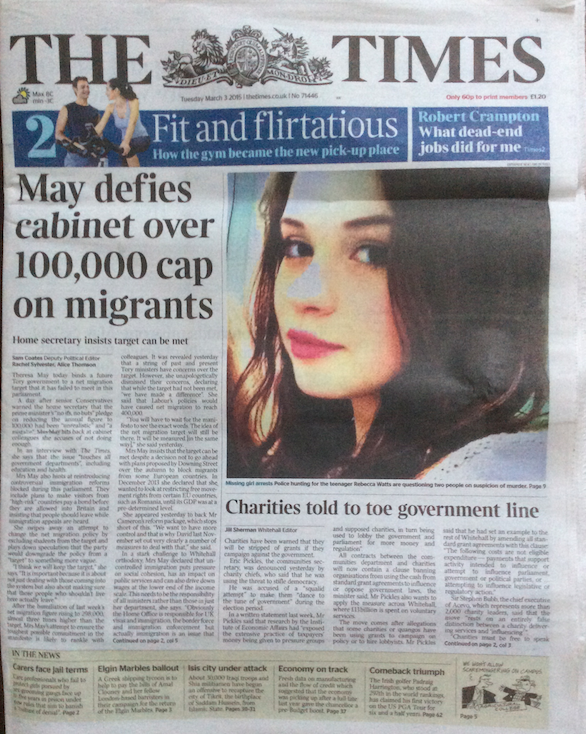 It’s clear that the idea of banning charities from campaigning, if they get government grants, offends the principle of the independence of the sector. But it is also bad for Government in developing evidence-based policy. Bad laws are made when governments fail to take account of the evidence from the front line of public services - whoever is delivering them. For several centuries charities have brought their lived experience to policy making and campaigned for change. Take smoking, seat belts in cars, sugar and salt in food as just four examples.

Simon Stevens made a similar point in his keynote address to our health conference. The 'creative tension' that our sector brings is very important to them as they develop better services.

Let's hope this is just a Pickles one-off. I'm a fan of Eric so I'm relying on him to see that this is silly idea and drop it. It's a problem we will increasingly face as the election campaign continues and gets more frenetic - the charity sector being seen as a political punchbag. But, if that’s to be the case, then we’ll be robust in our repose. I’ll certainly continue to be so. Speaking truth to power is not just a pretty slogan. It's how we achieve what we do.