So just back from the launch of the IPPR Condition of Britain report, at the Rich Mix centre in Bethnal Green. A weighty tome that contains much of interest for the third sector – and for ACEVO and our member charities and social enterprises much involved in pulling together ideas for this report (just as we are pulling together ideas of relevance to the other political parties). It was good to have a wide range of civil society groups represented in the audience – my name was mentioned in a question by a delegate from Unite. The presence of several Labour MPs including Jon Cruddas and Rachel Reeves showed how important IPPR’s work is in Labour’s policy review and plans for government. Ed Miliband gave the keynote introduction.

I have to admit to being flattered when Ed Miliband, answering the inevitable Bubb question on the need for more devolution of power to charities and social enterprises, described me as “a formidable campaigner on these issues”. He went further to acknowledge that “you and I know that the voluntary sector can make a huge difference when it comes to adding value to public services”. I hope we will see similar sentiments when Labour’s policy review and their manifesto set out their full pitch to our sector! 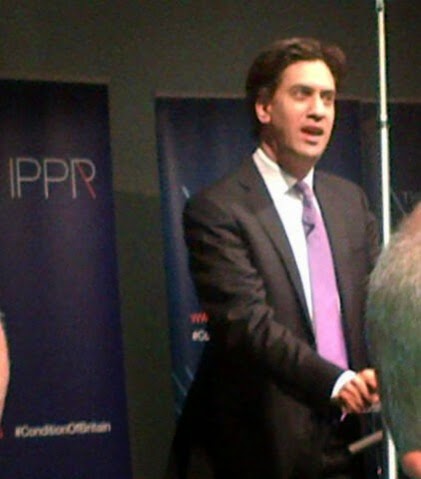 And last night I was at Cass Business School for a Lecture by my Chair, the formidable Lesley-Anne Alexander. She spoke eloquently about the work of RNIB and its role leading the UK’s sight loss sector, and also asked whether the UK actually needs 733 blind charities. Lesley-Anne has led 14 mergers and she spoke about the process, the way they preserve brands and how useful that is. Her view, echoing that of Sam Younger is that the UK has to many charities and there should be more barriers to entry.

And after a heavy weight lecture the Business School laid on a splendid dinner for select guests. It was, as can be imagined, of the standard one would expect from such an institution. 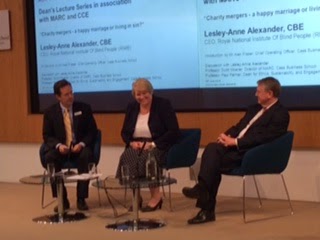