Leadership as speaking out.

How good to read the interview with soon-to-be Cardinal Vincent Nichols (he gets his hat this weekend) in the Saturday Telegraph. His trenchant critique of the welfare reforms should be sounding alarm bells in the Department for Work and Pensions, though I suspect they may not be heard. His criticism was twofold: both about how the reforms have actually worked on the ground by hurting the poor, and also by the sharpening of attitudes towards the poor (the "shirkers and scroungers" of many politicians speeches).

So often these days it is left to civil society - charities, faith organisations and campaign groups - to make the case for the poor or marginalised. The political discourse has become harsh and moralistic, even in parties who would normally be more sympathetic to their plight.

Last week ACEVO had one of its regular Leadership lunches, at CCLA, with Stephen Timms MP talking about DWP reforms and what Labour would propose. He was also speaking in his role as Labour's quaintly-named "faith envoy". So, he spoke of the important role that churches and all faith groups play in social cohesion and succour for the poor and oppressed.

Yesterday I was out at north Middlesex Hospital to talk about our plans on reducing admissions in A+E. They reckon they have around 20 older people every day who do not need hospital treatment but who, for many reasons unconnected with medical care, are stuck in hospital. This is the role that charities can play if only we were properly commissioned to tackle the root causes of what are inelegantly termed "bed blockers".

A rather splendid weekend in Charlbury. Yes it was still a story of flooded fields (the PM was out and about talking to farmers in what is his constituency), but walking out with the Hound to Shorthampton on Sunday was glorious in the winter sun. As this is over the hill it was even vaguely passable. The goal was the lovely old Norman Church of All Saints. 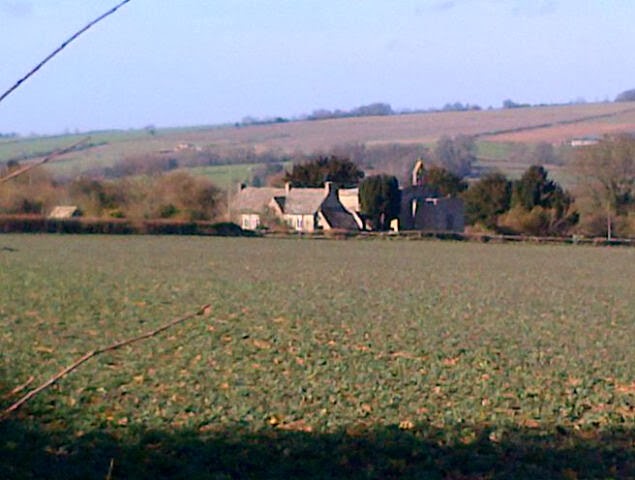 It’s well off the beaten track and there is no village to speak of so the Church has survived by benign neglect. It was never refurbished by the Victorians and so still retains its old wooden box stalls, with the large enclosed one at the front reserved for the Lords of the Manor. And they discovered ancient wall paintings under centuries of plaster work. A lovely quiet spot where you can reflect on past troubles and future glories. At least I would have but the Hound was determined to drag me out into the churchyard where she could check for rabbits.

Putting the finishing touches to our big annual Health and Social Care Conference. March 26th. Book if you have not yet. Rt Hon Andy Burnham MP and the NHS top brass. It will be fascinating.