In 1760 Col Robert Gordon, the last Commander of the Cape Hope Garrison at the Castle moved to the Flower St Villas, a rather fetching farm just below Table Mountain and enjoying splendid views out to the Cape. He was a noted artist, botanist and geographer. Now the villa is a rather lovely ultra cool boutique hotel run by Brits and home for a few days to the travelling Bubb and partner, newly arrived from the UK on vacation. 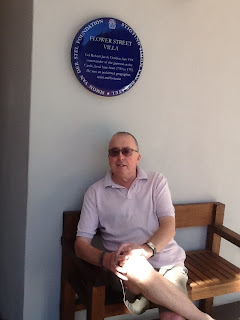 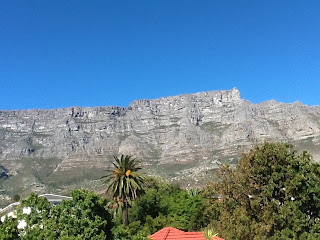 Cape Town is a wonderful place; indeed must be one of the finest cities in the world, blessed with good weather, wonderful wine and food and spectacular scenery. Although I have been before I had never been to the top of Table Mountain. In 1924 my grand-dad Harry climbed it but I took the cable car. In the intervals between the thousands of others up here you have incredible vistas. 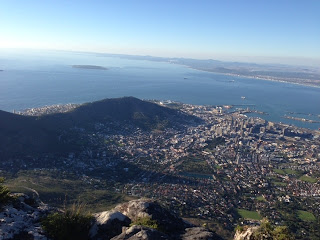 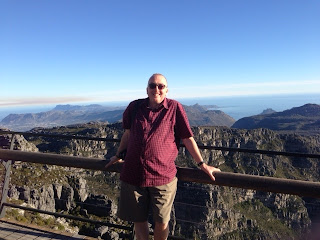 We were en route to the wine lands. Obviously. When the Dutch East India Company set up a refreshment station on the Cape they sent out a Commander, Jan Van Reibeeck and in 1655 he planted vines on the site now occupied by Parliament. But it was the Huguenots who got things going. A party of them arrived following the wretched behaviour of the French Catholics and knowing a bit about making wine (as the French do!) they established a range of wineries , including in a rather scenic mountain spot now called Franshhoek.

It was to one of the original Huguenot farms that we retired, acting on a recommendation of the estimable Dr Kyle who knows these parts. Bo La Motte is a working winery but with a number of small cottages for guests. A more pleasant spot to enjoy the fruits of those brilliant Huguenots could hardly be imagined. And obviously the tours of the many local wineries were a must. I had been tipped of about the best by Dr Kyle, though it was fun to sample the local small wineries. A local farmers market on Saturday had a sample, including the farm next door. But the highlights were the Chamonix winery (award winning Chardonnay reserve) and my favourite, Boekenhoutskloof which was an hour's walk from our cottage. You can only buy cases there as the wines are so popular. I managed to get a Shiraz locally which is carefully wrapped in my luggage. 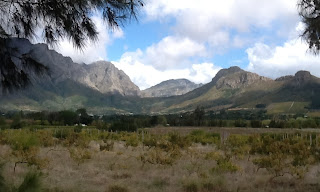 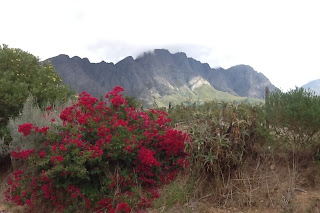 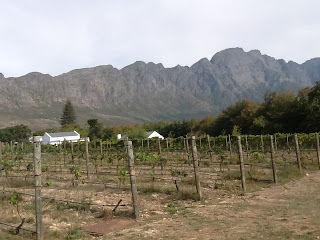 Refreshed and relaxed we were well set for the next stage of the trip; Zimbabwe and the Victoria Falls. But more of that later!

Interesting to be here while the demise and funeral of Margaret Thatcher takes place. I remember a fateful day in 1979 when I was working for the T+G in Transport House. It was the day after the General Election and we were all gathered on the steps to wish Audrey and Jim Callaghan farewell as they went off to the Palace. And a short while after I spotted a triumphant Mrs Thatcher emerge from Tory Central Office across the square as she sped off to kiss Hands. The rest is history.

Ironically, it was while I was reading the chapter of Cherie Blair's book on No 10 spouses about Dennis Thatcher that I got the BBC news about her death. And it was interesting to see reaction here. Not terribly favourable. Indeed the Cape Town Times opined that apartheid may have ended earlier if Thatcher and Reagan had been stronger against apartheid and in favour of effective sanctions.  The controversy over the “State " funeral is also remarked on in puzzlement. I'm afraid I am one of those who believe that Attlee is probably our greatest post war PM. An understated man who would have eschewed the pomp of the Thatcher obsequies. I think the Government  have done her a disservice by the somewhat OTT arrangements. History will determine her place in the pantheon of great PMs. 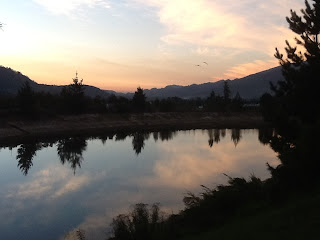