The Castle has wifi so reviewing the papers with satisfaction this morning. This is an historic victory for our sector and we can all take credit for getting what the Standard described as " the hated charity tax" scrapped. But important to recognise that it took guts to climb down and I thought the tone of comments from our sector leaders was the right one.

If anyone deserves to be singled out for praise though , it is John Low of CAF. He has played a blinder on this. My former Chair , John was a superb head of RNID where his campaign on digital hearing aids was a classic third sector example of how to use lobbying to improve services.

How sad to see the BMA losing it. Their decision to call doctors out on strike is a massive miscalculation. There will be no sympathy for one of the most highly paid group of professionals in the land ; and also one of the least customer focused. Many doctors are paid more than the Prime Minister and yet hardly any surgeries are open in the evenings and at weekends, so those of us who work must take time off to attend a surgery. And that's not to mention the ridiculous performance you have to go through to get an appointment on the phone . Emails appear to be a no go area for many doctors. A friend of mine recently complained to their doctor about opening hours only to be told , " what you think we are like a supermarket ". Um yes might be a good idea Doctor!

And the evening celebrations at the Castle for Ma and Pa went swimmingly! Lots of cousins , and we were even joined by the Head of the Irish Somerville Clan from Drishane up the road. I'd popped in earlier for a chat with Tom Somerville the seventh. Tom Somerville the first had arrived in Ireland on an open boat as a child of 2 with his parents and brother fleeing the presbyterian persecutions in Scotland in 1692. That Tom is my grandfather x 6. And how excellent to see the oil paintings of him and his wife Anne Neville hanging at Drishane. 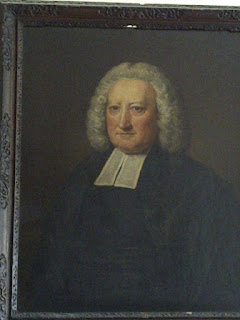 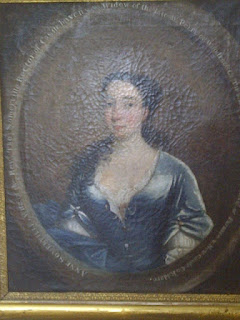