I'm blogging from Oporto in Portugal. We are having a Euclid board meeting and strategy awayday with one of our key supporters, the Portugese social innovation network; the foundation Porto Social, run by the wonderful Carlos Azevedo.

Since it was set up some 6 years ago Euclid- as a network of european civil society leaders has grown exponentially. Its aim is to promote and develop the leaders of Europ's growing civil society. And who can doubt as the political leaders of europe talk about concentrating more power and control in central EU institutions that we need a counterveiling force. The calls for a fiscal union run counter to the need for a more decentralised Europe and one where the institutions belong to the people of Europe rather than its institutions. Euclid has managed to develop strong links inside the Brussels based organisations and in the Commission and we have used these to promote the relevance and power of civil society and to promote the ideas of social innovation and social finance.

Our Portugese partners are based in a rather splendid building, the Quinta de Bonjoia; an 18th century mansion that has been converted by the Oporto Municipaliy into a hub for social innovation. 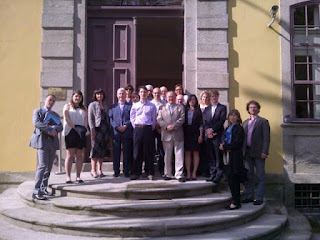 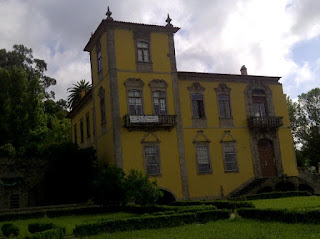 So a Board meeting and strategic debate on Euclid's growing role conducted in a social innovation hub in an ancient building which sums up both the strong roots of europe's civil society dating back over the millennia, and our potential to foster change and innovation!

Yesterday was however more a day for socialising and enjoying the delights of a glorious Portuguese city. I had lunch at the Oporto cricket and Lawn Tennis club; cricket was being played; emphasising this cities strong British links through the Port trade we established here. 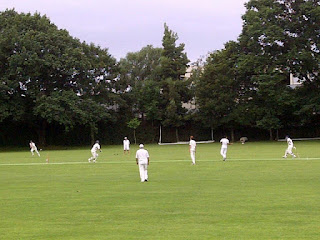 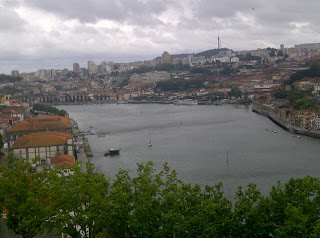 And I'm staying in a rather splendidly quirky B+B; the Castello San Caterina where I'm in a room in the tower; all for the princely sum of £50. Book it if you ever come here; I recommend it!