The Chancellor laid on a rather splendid breakfast! "Oh, we are not looking at cuts yet then", I exclaimed to the Chancellor as we walked in. "No", he replied, "and you are getting exactly the same breakfast that I gave to the bankers yesterday". The only sad thing was that I didn't get much chance to eat anything as I was making my presentation. I must say last night I was getting a little anxious about this. It has been such a full-on week. However, yesterday I met with Helen Bailey, the Director of Public Services at The Treasury to run through how we might take forward some of the ideas that I was to present to the Chancellor. I then had a session at the Commons with my Deputy and we ran through the areas I should cover.

And as I was putting together some thoughts last night it did occur to me that if I can't speak authoritatively about third sector public service delivery then, who can! So I think it was a fairly confident performance this morning. You can read the presentation I made on the ACEVO website (click here for the link).

Lynne Berry, Chief Executive of WRV, (and a class act!) made a very effective contribution, demonstrating how WRVS services add real value. "Meals on Wheels" is not simply about the delivery of a meal but the contact that is provided as well. She described how WRVS now have a skilled mixed of social enterprise activity and traditional charity work. They make a good trading surplus which they are able to plough into the wider charity and their blend of social enterprise and charity delivers more cost-effective and better services.

Stuart Etherington, from NCVO, was masterful. A number of very effective interventions, particularly when he pointed out to the Chancellor the potential for scaling up and the opportunities for more provision against a background where only 2% of total public spending is channelled through the third sector. Lynne Berry commentated to me afterwards what an effective double act Stuart and I had made during the breakfast.

Angela Smith, MP, and Ian Pearson, MP, were also there and Angela in particular made impressive linking contributions which really highlighted our potential. 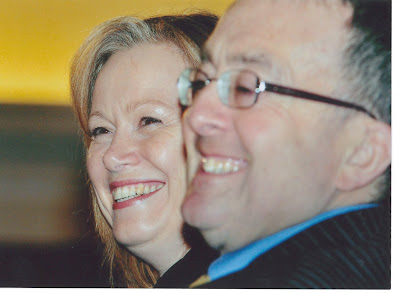 So, what next? The Chancellor agreed that officials should take these discussions forward and I will be meeting with Helen Bailey again shortly to map out ideas for the future. In particular we are going to look at drilling down into particular service areas to see where the sector's role could be expanded, for example in

We also discussed the results of "Total Place". I argued that we need Total Place II - a way in which the third sector can be involved in looking at the conclusions of the Total Place pilots and translations this into the way we work with local Government and other statutory agencies at a local level. In other words a "Total Community".

I had lunch with Barbara Follett MP, the Minister in DCLG who has responsibility for the third sector, yesterday. And so I had been discussing with her the meeting the Chancellor. She agreed that the Total Place II approach would be extremely effective and said she would pursue this back with officials.

Amusingly I saw both Angela Smith MP and Nick Hurd MP in pleasant and amicable conversation in the Commons last night after the Social Investment Business Reception. Angela mentioned that we would be meeting at breakfast with the Chancellor. Nick Hurd advised that perhaps talking about "the forces of hell" might not be a good idea. And straight from the breakfast with the Chancellor to a meeting of the Board of ACEVO. The occasion where I meet my Trustee masters and explain myself. An excellent meeting. We debated some of the outcomes from the "Big Ask" consultations so far and how we take those forward. We also had a full report on the outcome of our Board appraisal and our Trustees had the results of the Chair and the Chief Executive appraisals to note. I was asked for my comments on my own appraisal and I said that I thought it was important to develop the strengths that were demonstrated in that appraisal. And when asked about the weaknesses I said it was important to "recognise them". And my Chair also gave me a rather lovely present. A mug with my favourite motto on: "Keep calm and carry on"! 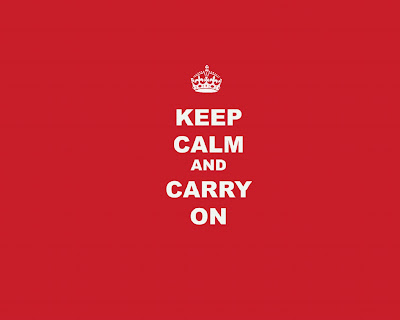