One of the oldest charities in the country is Sherburn House in County Durham.  It was founded in 1181 by a wise and forward thinking Bishop Pudsey of Durham; he also gave them lands that still generate income for this great charity today. It consists of a care home, almshouses and other facilities, as well as a grants programme for the county. It even has its own Act of Parliament under Elizabeth I, passed in 1585 (which came about as a result of some past fraud, nothing new there then!) 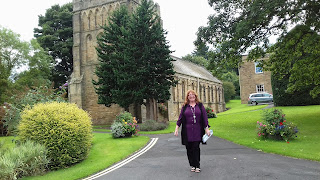 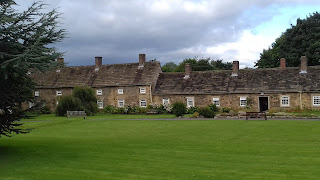 I visited recently and had a great day meeting with the CEO Pauline Bishop and key members of staff, as well as looking around the site and meeting with the trustees. It was fascinating to see the old chapel, still functioning as an integral part of the charity, and they even have their own chaplain (a woman, so they may be ancient but they are up to date theologically). There is an old plaque in the chapel marking the tomb of a former chaplain who, the plaque proclaims, preached to King Edward VI. They even have their own cemetery and a lovely woodland surrounds the site. I was shown the Elizabethan chalice and flagons and patten from the 18th century, which are part of the treasures of the charity. 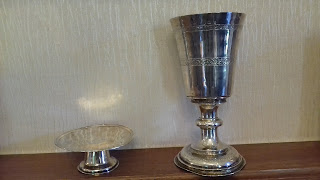 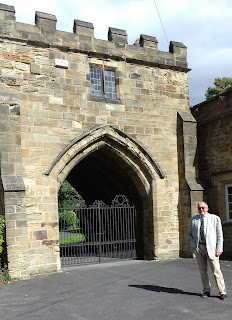 The trustees are considering how to update their governance arrangements and they very well understood the need for good governance in the light of all the recent publicity. They have their own history of problems and misdemeanours in the past and are clear they wish to be a model of good practice so, for example they are looking at the number of trustees they have, currently 16, terms of office, and the knotty issue of trustees who are nominated by other organisations and therefore may not always feel their responsibility lies with the charity rather than the nominating body.  I've come across this issue before and whilst the legal position is clear, i.e. you must put the charity interest above that of your nominating body, this is often not the reality.

We often forget that our country has a magnificent and proud history of charity, dating back to at least the 7th century. Many of our old charities have their origins in the Church but have reformed and moved with the times, but are still serving their beneficiaries in the way that Bishop Pudsey envisaged some 900 years ago.

We should celebrate our great history. At some stage in my life I intend to write a history of charity. There is nothing around since the 60s accounts written by Harvard professors. We need a proper history. I'm collecting the material gradually and have even spent a month in archives in the Bodleian in Oxford and at Lambeth Palace. It's a project for my retirement, though that is years off I'm afraid.