What better way to open the morning than by baking my bread for breakfast Lebanese style and handing over $2000. We were visiting a Human Appeal social enterprise in Saida, an old port town on the Lebanese coast. Its a family run bakery, producing their own bread.  Of course in London we would die for these fantastic artisan flat breads, but here it is the staple of this working class district. It's run by Palestinian refugees and HA are going them the money to expand. And I got to hand over the cheque! Have to say the flat bread with thyme and herb coating is most delicious. It's often called the Lebanese pizza I'm told! 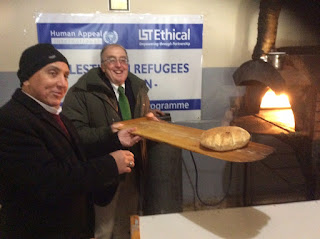 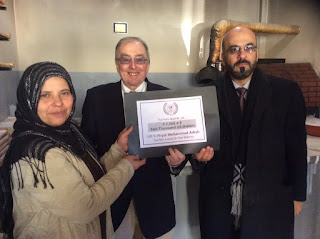 It was off to see some schools. The first is a charity run school which takes kids from nursery to secondary. The Principal is the brother of the President of the famous Finsbury Park Mosque and his brother, Mohammed Kozbar, was there to greet me as well.  That was a bonus as he wants me to go and visit, which I shall certainly do when I'm back in London. Then it was on to a school for Syrian refugees.  It's a mark of the crisis in Syria that all the pupils come from every region in that country. There is no part of Syria not affected by war.  These pupils have often seen the most applying abuse and atrocity. But they are keen to learn and so return eventually to the country they have left. I wished them well. 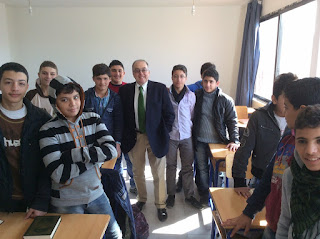 But the main event of the day was officiating at the opening of The Sewing factory, along with the representative of the Qatar charity and Human Appeal. This is a social enterprise which aims to train Syrian women refugees and give them qualifications that will lead to employment. They also take in donated clothes which they wash and sew and either sell or give away. And they do a nice line in school uniforms. I made a speech which I hope fitted the occasion. I'm afraid I used that corny line about how good it is to give a starving person a fish, but how much better it is to teach them to fish. But it seems so apposite for the occasion. Many of the refugees have been here for so long they need to be supported both in their physical needs but also in education and skills. A brilliant initiative which has been done with major support from Britain and Qatar. 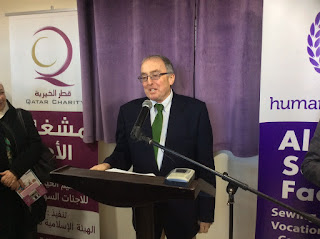 And then onto a conference for representatives of local charities to hear and discuss the role we have in humanitarian aid and sustainable development.

Then finally an hour of sightseeing. The port city of Saida is an ancient settlement and has an old fortress, port and souk. 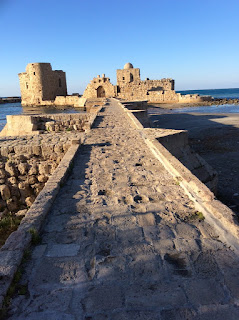 So now my 3 days here in Lebanon are at an end. My views on the importance of support for the work of the Muslim Charity Forum remain as strong as ever. With the increasingly nasty climate that faces our British Muslim community it's essential our charity's work as a whole to support their work. Indeed we need to ensure the government, so far dismissive of  the work that these charities do understand that tackling extremism is built upon the roots that communities develop themselves it is Muslim charities that take such an important role in their humanitarian work and their development of civil society. ACEVO will continue to battle their cause against ignorance and prejudice. When governments are so keen to lecture and not to listen to the future for social cohesion. It remains bleak.