A miserable grey day in London but a sunny one for our Euclid Network annual meeting and board. Euclid is the european third sector leaders network set up in 2007 by ACEVO and partners in Sweden and France. And I have been with it since then as the rather grandly entitled "Secretary General".

Well, all good things come to an end and today marked my final day as SG - I stood down at the AGM in line with good governance, having been there for 8 years. Though my links will continue as ACEVO remains one of the founding partners.

There is very little support provided for leadership development across European civil society. One of the great achievements of Euclid has been in the work it has done to promote civil society leaders in the Balkans. We have worked in many of those countries and I have been part of leadership exchanges in Serbia and Albania. Civil society is under threat in many parts of Europe: Russia is a particular problem but also now Hungary where we heard today one of our Euclid associates recently had their offices raided by the state police and files and computers removed in what is an in increasingly totalitarian regime. But the Balkans itself has been demonstrating appalling behaviour towards refugees - and that just makes the case for building a stronger civil society. Which we need to do through strong leaders. Hence the continuing importance of Euclid. 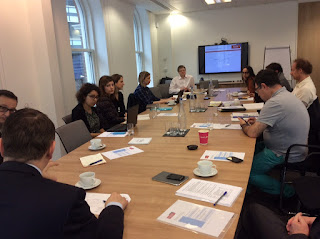 And finally the next Euclid summit takes place in Zagreb on February.....weblink of the details below: