So Saturday was the annual charity Christmas card sale in Charlbury and the Hound and I popped in to help our favourite local charity; Helen and Douglas House, the very first children's hospice based in Oxford. It has a link with my favourite London church , All Saints, Margaret St and the head of the Sisters of All Saints was the founder. They have since moved from Margaret St and set  the mother house in Oxford and the hospice was developed in the extensive grounds of the nuns place there. I'm a great fan of charity shops in general but my favourite has to be their shop in Chipping Norton. Practically all of my curtains come from there; probably Jeremy Clarkson's cast offs, and its always a treasure trove of interesting gifts. So it was a pleasure to support them.

And while on the subject let me mention another very local charity, Cecily's Fund,set up in Stonesfield, the next village South of Charlbury and now based in Witney. It was established in 1995 in memory of Cecily Eastwood who died tragically in a road accident in Zambia whilst working with children orphaned by AIDS. The charity now supports over 8000 orphaned kids and helps them to attend school and to train as teachers and health educators.

The weekend was rounded off by the events of Remembrance Sunday. I went to the Royal Albert Hall for a memorial performance of Britten's War Requiem. The singing was magnificent; as you would expect form the Royal Choral Society with my sister Lucy prominent among them. As I mentioned to Peter Ainsworth, the Chair of the Big Lottery Fund who was also there that it's rather good having a sister with a superb voice, slightly better than mine indeed and useful at Bubb weddings, funerals etc.
Britten's work is set around the Latin Mass and the poems of Wilfred Owen: "Doomed youth" sums up the dreadful slaughter of youth in the Great War, my great Uncle Vivian included. 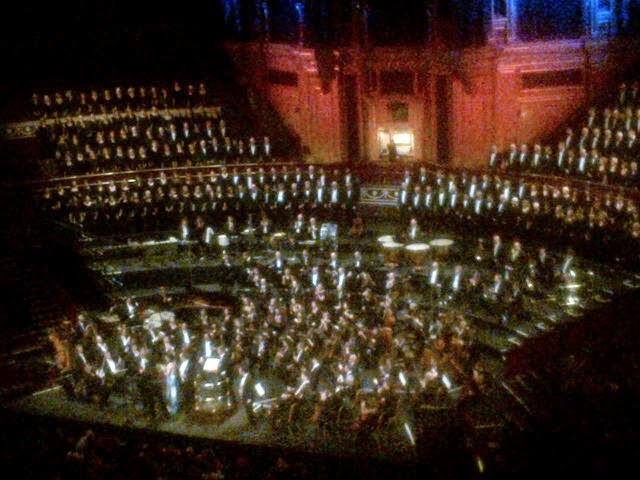 Caption. Can you spot sister Lucy?  All the proceeds from the concert are going to Veterans Aid, who are ACEVO members! And that it's being broadcast on Classic FM 8pm on Tuesday 11th November!

And finally a visit to see the poppies in the moat at the Tower. A quite extraordinary sight. 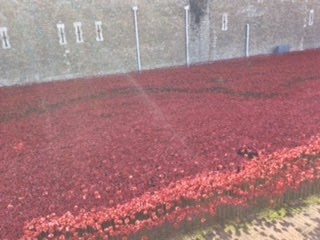 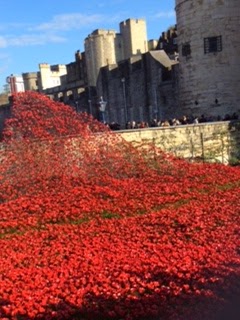