I first came across the “graph of doom" in Exeter when I was meeting the CEO, Phil Norrey, of Devon County Council. This set out the stark reality of local government finances; that on the current trajectory the only services councils will be able to deliver are basically the statutory services for the old and refuse collection. But when I was with the CEO of Nottinghamshire County Council Mick Burrows recently he was talking about a graph of opportunity. In other words, thinking of how to deliver differently.

Whatever way you cut it local councils have one heck of a task on their hands. They have faced massive reductions in budgets and face similar huge cuts to come. They have by and large faced the challenge well, though we know that many third sector bodies have faced unprecedented cuts and in some cases had to close down.

The bald facts of the finances make it clear that councils need to look afresh at their delivery role and look at how the third sector can be part of the answer to budget cuts. We can do more with less; we always have.

It’s against this background that ACEVO has been developing its work in consortia building across our sector in order to build capacity to bid for council services. Yesterday my local government director John Gillespie and I were in Warwick to see Jim Graham, the CEO of Warwickshire County Council to discuss how we can work with them to support capacity building there. A good meeting; Jim sees a strong role for our sector in meeting gaps they will have over the coming years as they deliver services in tightened times. And good to meet the Leader of the Council too.

Warwick is a stunning place. I was a good boy (taking Simon Gillespie's advice) and walked from the station. And as I was early I got a chance to see the Collegiate Church of St Mary’s, one of the finest of Britain's Parish Churches. It has a particularly famous memorial chapel built by Richard Beauchamp, Earl of Warwick to house his grand tomb. 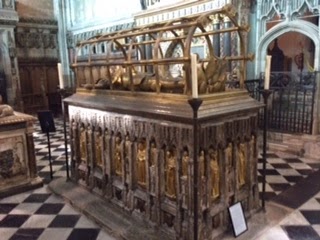 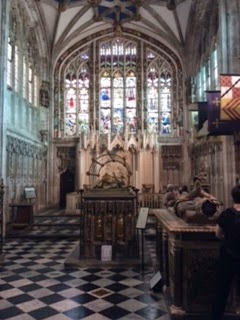 His son in law was Richard Neville, Earl of Warwick and known as Neville the King Maker for his role in the ascension of Edward III before he switched sides to support Henry VI. A distant relative - 18th cousin I think- so pleased to see his figure on the side of the grand tomb, along with his wife Anne Neville. 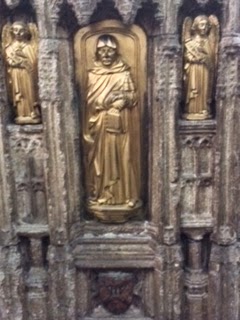 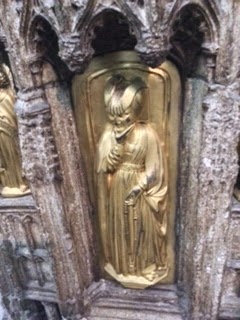 And also discovered nearby was the tomb of Robert Dudley, the first Earl of Leicester and supposed lover of Elizabeth I. Dudley died in Charlbury, at Cornbury Park in 1588, just one year after my cottage in Charlbury was built from where I now Blog!