The Bazaar, food and cuts


Well, Red Letter day in Charlbury; the annual Church Bazaar and the Farmers market on the Playing Close. I was helping out on the bookstall. Always fun and you get a preview of the best buys. This being Charlbury, inevitably someone passes by who has written one of the books. Andrew Lawson, famed photographer and writer spotted a book on the English coastline he had part authored. So seizing an opportunity I buy it and get him to sign it (Christmas present for someone....). Then it's off with the Hound and my nephew Alexander and partner Tarun to the Plough for lunch on a splendid autumnal sunny day. 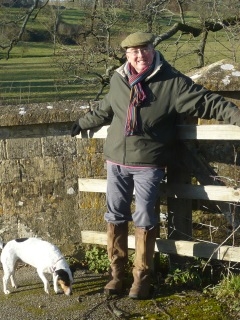 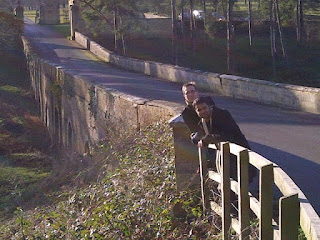 Good to hear the programme on R4 on Sunday about Foodbanks and the Trussel Trust, particularly interesting as I has seen Chris Mould from the Trust on Friday. A number of those interviewed made the point that things are going to get so much worse from April when changes to the Social fund mean many more people will struggle at the borderline between poverty and a decent life. It is abundantly clear from those working in the Foodbanks that the Government's changes on benefits are having dire consequences for many families. And now, with the cuts to benefits announced by the Chancellor it will get so much worse.

A backdrop to the release of dramatic figures from the Charities Aid Foundation which shows how far cuts and falling giving are affecting charities. As John Low said it shows one in six fear closure. This is a truly shocking statistic.

This is bad news for so many communities; as demand increases dramatically charities are having to cut back front line services and make staff redundant.

And the response from Government? Well, a tired statement from the Cabinet Office saying they has introduced a number of programmes to support charities. And that our sector cannot be isolated from cuts. This is disappointing to say the least in the week that Third Sector showed many councils are making disproportionate cuts to charities. And in any case one can make a particular case for supporting charities more at a time of austerity.

And the other interesting news at the weekend was the courageous campaign by Nick Herbert MP and leading Tories for equal marriage. Nick is a great guy and so nice to hear him rather than the incessant noise from Peter Bone. And certainly better than the vitriol of the RC Bishops of Scotland. The most recent "contribution" from one of them was to attack the PM for lack of morals. I don't know what it is about the RC Bishops in Scotland but they seem unable to engage in a sensible debate without verbal abuse of opponents. Must be the chilly weather. Time for the thermals!