Tomorrow the Treasury Select Committee have a hearing on bank bonuses. Bob Diamond, the CEO of Barclays is appearing. His evidence will be interesting. There is speculation in the press about whether the top executives in the banks will forgo their bonuses. The Sunday press suggests pressure to do so.

In the absence of a tax on bonuses, I have a better suggestion. They should take the bonus but then donate 50% to charity; gift aided of course. This would be more fruitful than merely not taking the bonus and make a very public statement about the need to support the country's charities who are picking up the pieces as a result of the banking crisis and the subsequent spending cuts.

We need some grand gestures like this from people at the top of the banks. It would demonstrate the strong social commitment that David Cameron has called for from them.

There are indeed some in the banks who are remarkably generous and I'm sure will make a big gesture. But they are a minority. The very rich do not make the commitment to giving that many on lower incomes make. It was the point made in the Archbishop of Canterbury's Christmas message.

So tomorrow it would be good for Bob Diamond to make that public commitment , to set an example to his peers and to the country. It would signal to others that giving, at a time of huge stress in our wonderful charity sector , is crucial.

It is an example that has been set over the centuries. Yesterday I was at Dulwich Picture Gallery to celebrate the 200th anniversary of its foundation. The first public art gallery in the world. And it only happened through the enormous generosity of a rich merchant, Francis Bourgeous. When he died 200 years ago he left a fabulous art collection and money to pay for the erection of the Gallery. Sir John Soane gave his services for free in designing it.

It is grand gestures like that one that can make all the difference! Now I'm not suggesting Bob Diamond funds a new gallery- I'm sure he has his own charitable connections and causes, but I do hope we will see generosity from the bankers. And that is not about the spare change on the pocket or a table at a charity dinner ) fine though that is in itself ).

The British Bankers Association should be encouraging their members to give. To use our imperfect but useful gift aid system and to make a real difference. Instead of the usual bullish and often insensitive defence of bonuses make a statement that shows the banks understand the pressures on the taxpayers who bailed them out. The many loosing their jobs. The rising demand on charities when their costs are rising and the Government are cutting them. And to make that statement is not bank bashing! 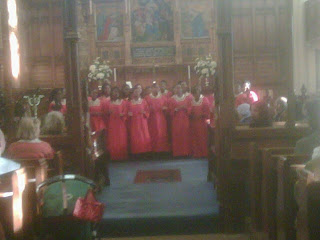 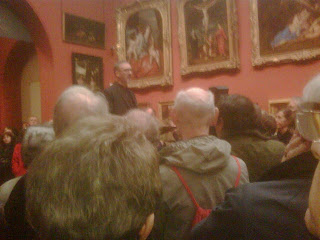 The director of Dulwich Picture gallery at cake cutting time 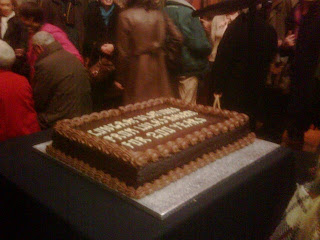