The Co-Operative Council and the Limricks.

To aid the Commission in its work a series of meetings have been scheduled in July, September and October. At these meetings we will meet with representatives from the public sector, private sector, third sector, think tanks, academia and Lambeth citizens to critically review the ideas in the White Paper.

My fellow Commissioners include such fabulous names as Victor Adebowale and Polly Tonybee, my Vice Chair Allison Ogden-Newton and Matthew Taylor as well as one of my Trustees Srabani Sen of the great citizen focused Contact a Family.

This is an interesting proposition! It is clear that Councils need to radically rethink their role and their service delivery. It is depressing how many are making cuts at the expense of the third sector. Today's report in The Guardian by Patrick Wintour indicates the sorry tale of Councils hacking away at support for the vulnerable and the disadvantaged. There has to be a better way and I'm keen Lambeth look at it.

And I'm also keen that this new fashion for mutuals or co-operatives is handled sensibly. Why set up mutuals when there are good third sector bodies already there? And we have to be careful that this is not just a change of letterhead. Same old professionals doing the same old work in a non consumer centred manner. Lambeth Social Work Collective may not be the dawn of the new citizen focused public service we dream of! So I'm there to ensure the talents of the country's and Lambeth's formidable third sector are fully recognised and enhanced.


I'm blogging from Ireland where the Limrick-Bubb clan have been gathering for the 80th birthday celebrations for my mother, Diana.

We are in Union Hall where in 1801 my great grandfather x 5 the Col William Somerville- Limrick built a rather handsome Big House. He had fought in India with the Duke of Wellington in the East India Company (as a descendant of both Robert the Bruse and Edward 111 he had some great fighting genes (clearly not passed onto me I might add!) With his, no doubt handsome salary and bonuses, he endowed The Hall and the village which became Union Hall to celebrate The Act of Union in 1801. His brother was the first Bishop of Calcutta and my Grandmother's cousin on the Somerville side was no less than that magnificent authoress Edith Somerville.

I'm sure it's her considerable writing talent that I have flowing through my veins; though my Blog may not quite equate with the great Somerville and Ross novels.

The small but beautiful Church In the village (Church of Ireland obviously) has the Limrick vault and it's my duty every two years to tidy up, tend to the ancient iron railings etc as the very many Limrick cousins here are now all RC.

West Cork is God's own country. A more restful and pleasant spot it's hard to imagine. Just look at the collection of photos here and be envious. Of course it's just too lovely be to undiscovered as Lord Puttnam, Carol Vordaman, Margaret Jay, Jeremy Irons to name but a few, all have houses here.

Me, my Mother, Father, Brother and two sisters 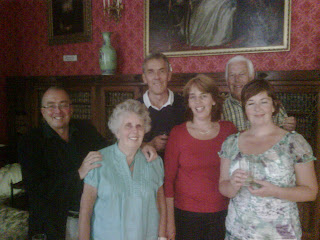 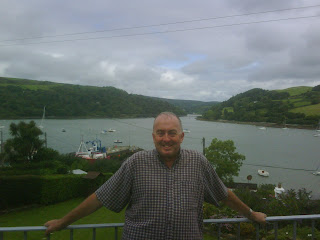 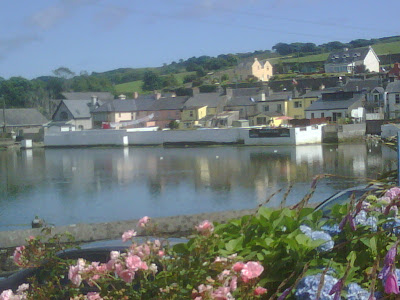 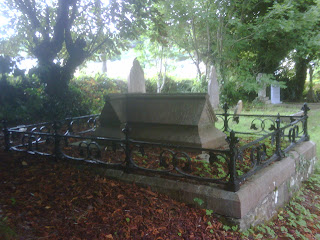